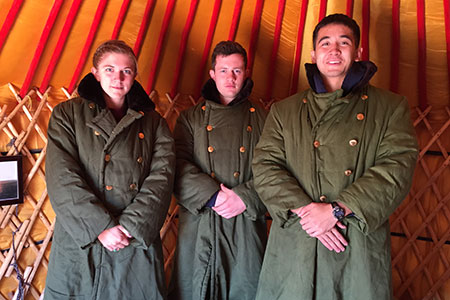 Epperson, Asdal Crutchfield were in a language-intensive program, with a 24/7 Chinese-only language pledge, Chinese roommates, and Chinese-only classes. Dinkel and Vegel enrolled in the Chinese Studies program, which included language classes, internships at local institutions, and a Chinese history and politics curriculum. Though differing in subject matter, the two programs were equally challenging.

Academic learning was not limited to the classroom in Beijing – the Chinese continued after school. Every interaction at a restaurant, on the subway, with a roommate, or in a shop was in Chinese. The full immersion, although overwhelming upon arrival, was where the true improvement happened.

"The most satisfaction came from communicating and having important discussions in Chinese," said Asdal. "When you address a local in their language and engage them in real conversation, the reaction and the fulfilment from that exchange is worth the often-tedious process of language learning.”

All the midshipmen had similar experiences with the local populace, who were eager to talk and share perspectives on Chinese and American culture, politics, and world views. Each midshipman immersed themselves in the culture in different ways: Vegel took every opportunity to travel, even visiting Xinjiang and Tibet with Epperson, while Dinkel enjoyed the theater. Crutchfield often cooked traditional Chinese dishes with her roommate, while Asdal loved chatting with the locals, especially her roommate and traditional Chinese painting teacher. 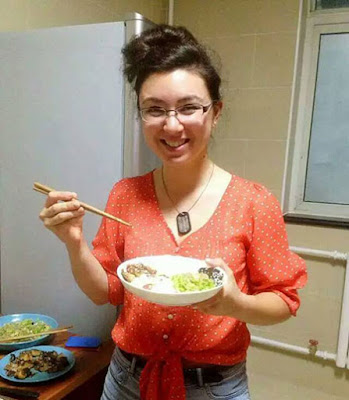 Living in Beijing allowed all of the midshipmen to gain a more nuanced understanding of China’s contradictions.

“I'm excited to share my new understanding of how complex this country is – what they do well, what they don’t, how many people feel about that, how the government works - can’t really be defined by any one term," said Asdal. "I also want to share the ability of language to connect people and the importance of operating in the local language to connect you to the culture. My experience in China was immensely deeper because I was speaking Chinese.”

The midshipmen found that the Chinese are as complex as they are numerous. Despite fairly constricted rules about discussing politics and international affairs, the midshipmen were often part of discussions with local Chinese and foreigners from other nations about current events.

Epperson recalled discussing the politics of the South China Sea with a Chinese and Japanese friend. As a future surface warfare officer who will likely be deployed to the area as military focus pivots to the Pacific, she thinks her experiences in China will help her be a more informed and effective officer.

“This experience has transformed the way I see myself as an American and as a human being,” she said.

The experience of going to China has a left an indelible mark on the lives of these five midshipmen.

“I would really like to thank the International Programs Office and all of the donors who made it possible for us to go abroad," said Vegel. "This experience has changed the course of my life."